As I wrapped up 2022, I had a chance to check out an Indie game gem that caught my interest, when I heard about Bear’s Restaurant my first impression was this is going to be a cozy simulation game where we cook and prepare food for customers every day. However, Bear’s Restaurant has a deep dark story that is revolved around the restaurant which is owned by a bear. Bear’s Restaurant is a beautiful retro game that was developed and published by Odencat, Odencat has a great reputation for creating short powerful Indie Game Story game. I had the opportunity to review this amazing Indie Game for the Nintendo Switch before we dive into it, here is a trailer for this indie game.

In Bear’s Restaurant, the game starts with you waking up as a Cat, and a bear is wearing chef’s clothing. It is time to go to work, when you go downstairs there are only a couple of seats, and the chef is the bear. This isn’t an ordinary restaurant, there isn’t any menu, it is a special restaurant. This is a restaurant where the dead can enjoy their last happy meal, their favorite dish from whence they were alive. The Cat takes the order and the Bear chef cooks it.

As the chef’s assistant, it is Cat’s job to find out what kind of meal the person wants. In the beginning, the customers usually know what kind of food they want and just say it, and then Chef Bear will cook it up. These are called memory shards and Chef Bear uses these to create his favorite dish. However there can be a meal that Chef Bear doesn’t know about, so it is the Cat job to dive into the customer’s memory to find the meal. Then Cat is instantly transported back and witnesses what their favorite dish is and why this meal is.  After that, Cat gets a memory shard and gives Bear the order. It can be anything, like hamburgers, oden, and spaghetti.

Then the customer enjoys the meal, and then after slowly fades away. 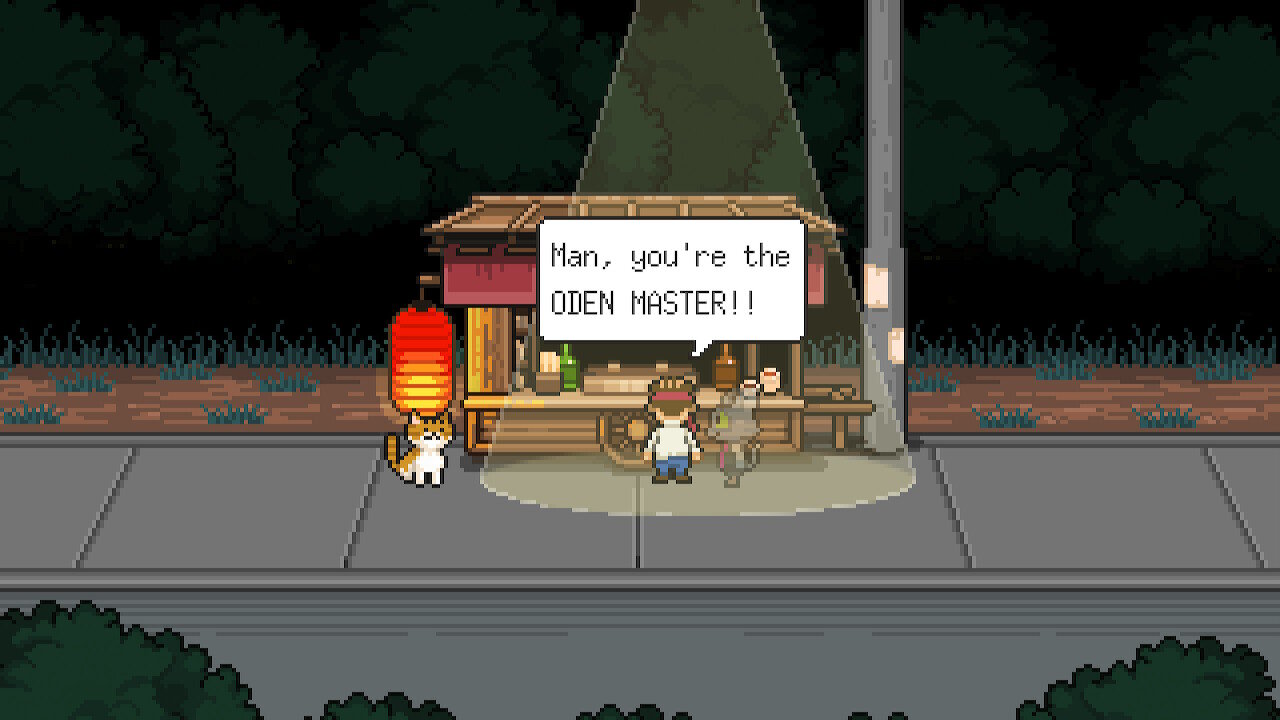 I love the retro visual aspect of the game and the music that flows with it, in another scene we see Chef Bear taking Cat with him to the Station, and people are waiting at the station, could this be a station to take people to Heaven? Here at the station where everyone you have served food so far is waiting for the last Train, this is your opportunity to know more about each person and the story of their favorite food. You can say these are the last moment to talk to someone before they leave, the story that hit me was about the pregnant woman who order the spaghetti because she kept saying where is her baby? And we learn from her story that she was a victim in a traffic accident before she even had a chance to meet her baby. 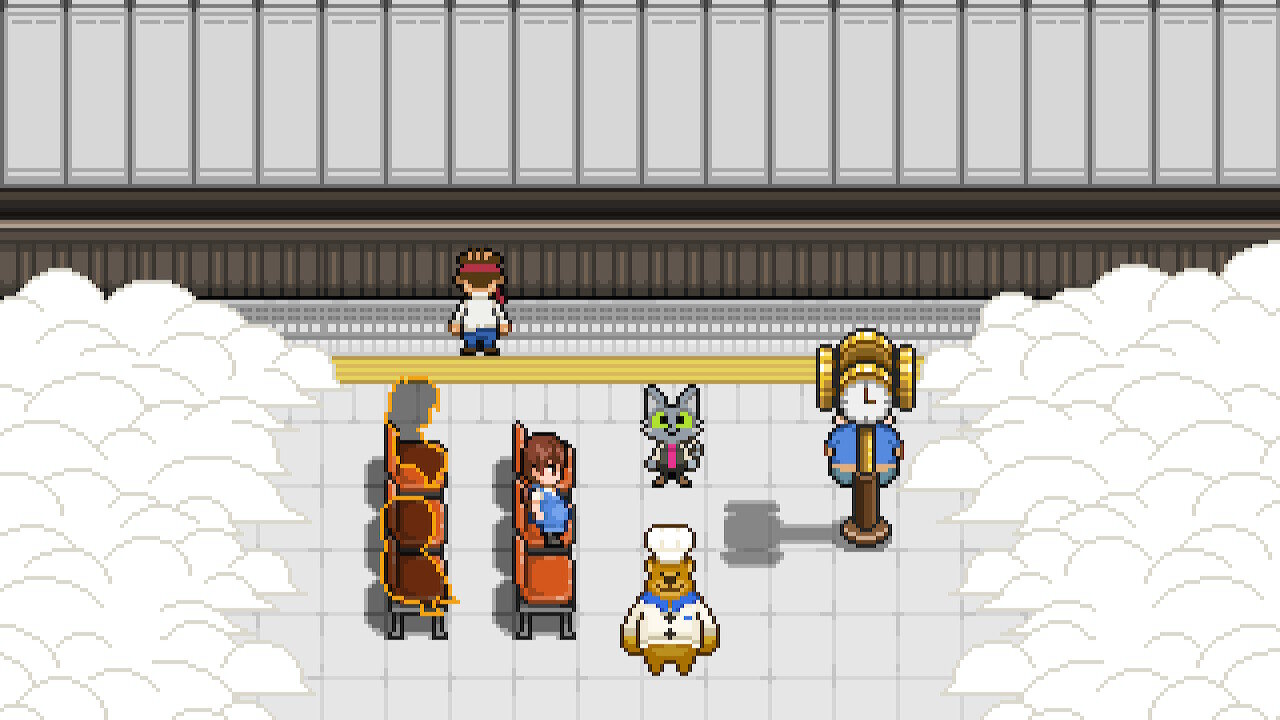 Don’t expect a cozy story game when you have a chance to play this game. From what I can experience the game is quite short between 2-3 hours long but it has a powerfully emotional story not just between Bear and Cat but also the other characters when they ordered their last meal. The game is story-driven from start to finish and it is full of emotional rollercoasters from loss, regret, and death. This is a game that was beautifully done with amazing retro pixel visuals and a soundtrack that flows well for each character’s story and scene.  I will say this is one of my favorite Indie short story games that I enjoyed playing on my Nintendo switch, the most important element when it comes to role-playing games is the character story and this one hit all the marks. The Nintendo Switch and PC version of this game is the complete edition which everything including the sequel story which I am looking forward to checking out after this review.

A Review copy was provided

Minecraft’s Deluxe Collection Is Now Available On The Nintendo Switch

Study: Superconductivity switches on and off in “magic-angle” graphene | MIT News