So. The 3DS and Wii U eShops are closing. You probably got that from the title. The full closure will be on the 27th March, 2023, with some games becoming unavailable even before that. We’ve got the full rundown on the closure here:

Of course, you can still add credit with 3DS and Wii U eShop cards until August 29th, and if you link your Nintendo account to your Switch account, you can add credit until March 2023, so there’s not a massive rush, depending on how you want to add funds. We’ve got a guide for that too, with a bonus discount:

We’ve also got a guide to the best Wii U, 3DS, and DSiWare exclusive games you should get:

But, of course, many games on the 3DS and Wii U eShops have downloadable content that will also sink with the SS eShop when it goes down. So, we’ve compiled yet another list for you, this time, just for the free and paid DLC that you can nab from the Wii U and 3DS eShops. It’s not an exhaustive list, but it covers the stuff we think is best to get — and we hope you find something of interest!

Out of all the DLC you can get on 3DS, the Fantasy Life one is perhaps the best bang-for-your-buck. Origin Island — which can only be accessed once you’ve purchased the DLC, finished the main story, and reached level 50 — adds six new areas, new characters, enemies, and materials to make new weapons, a whole bunch of new story, and a bunch of new characters. In short, it about doubles the length of the game — and adds co-op!

Please note that some external links on this page are affiliate links, which means if you click them and make a purchase we may receive a small percentage of the sale. Please read our FTC Disclosure for more information.

Xenoblade Chronicles X on the Wii U doesn’t have paid DLC (all of the Japanese DLC is included by default in the Western release), but there are optional downloadable packs that improve the performance of the game, fixing things like texture pop-ins and adding HD textures. They’re worth grabbing for anyone with a disc copy of the game, but be aware that they’re quite large in terms of file size, so you can skip them if you’d rather just have more games. 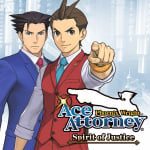 Spirit of Justice offers three paid DLC chapters — two are jokey, 30-minute long stories, and the third is a full case. You’ll be able to play each of these once you’ve finished the first case of the game. Note that Spirit of Justice is a 3DS eShop only release, so unless you want to grab it on iOS, this is the only place you can get it!

Here’s a summary of each:

Phoenix has to prove that Pearl Fey is Princess Rayfa in order to buy more time for a rescue operation. It’s quite hands-off, and only gives you two pieces of evidence to present during your trial. This also comes with a 3DS theme.

Another short story, Apollo has to go toe-to-toe with Klavier Gavin to argue that Princess Rayfa should be allowed one more day in America. Not quite as hands-off as Phoenix’s mini-case, but does involve more evidence and more action. Comes with a 3DS theme.

A full-length case, this DLC episode takes place during a wedding gone wrong. With plenty of interesting characters and the return of Larry Butz, this episode is well worth the price for anyone who enjoys the Ace Attorney games — it’s one of the best cases in Spirit of Justice.

You can also buy outfits for the three main leads, Phoenix, Apollo, and Athena. Phoenix dresses as Fauxnix pretender Furio Tigre, Apollo as a schoolboy (perhaps meant to be Ryunosuke Naruhodo) and Athena as the waitress from Tres Bien, Maggey Byrde.

Much like Spirit of Justice, Dual Destinies has an extra case available as DLC. It’s called Turnabout Reclaimed, and it’s one of the best cases in the game, in which Phoenix has to defend… an orca. This DLC episode comes with an extra outfit, too — Phoenix’s “Nostalgic Sweater”, with the big heart on the front, from Turnabout Memories.

Players can also download a costume pack, which includes Phoenix’s original suit, a casual outfit for Apollo, and the Themis Academy uniform for Athena.

Also like Spirit of Justice, Dual Destinies is a 3DS eShop only release, so unless you want to grab it on iOS, this is the only place you can get it!

Theatrhythm has a ton of downloadable songs available from past Final Fantasy games, so it’s a good idea to grab all the ones you like while you still can. There are 52 tracks in total, which can be purchased separately for 99c — or you can buy them all for a total of $51.48. There’s a full list available on the Final Fantasy wiki if you want to window-shop!

The third campaign for Fire Emblem Fates, Revelation, is only available as digital DLC or as part of a very limited edition physical printing. So, your best bet is to download it off the eShop. It’ll add a new story to the game, which expected you to pick a side between Birthright and Conquest in the main story, but Revelation instead has the player choosing no side. This story offers more insight into the events of both Birthright and Conquest, and if you can’t get enough Fire Emblem, then it’s an excellent purchase.

You can also purchase the game you didn’t get — Birthright or Conquest — as DLC for the same price as Revelation. Players who play through two or all three paths will get bonus in-game content, too.

You can also download map packs. Here’s a run down of their pricing and contents, from Serenes Forest:

Tower of Fantasy will be “killed” by none other than its own fans. Let’s talk about it.

Google Confirms the Death of Stadia! (In News That Shocks No One)