Switch vs Xbox 360 Sales Comparison in the US

The VGChartz sales comparison series of articles are updated monthly and each one focuses on a different sales comparison using our estimated video game hardware figures. The charts include comparisons between the PlayStation 5, Xbox Series X|S, and Nintendo Switch, as well as with older platforms. There are articles based on our worldwide estimates, as well as the US, Europe, and Japan.

This monthly series compares the aligned US sales of the Nintendo Switch and the Xbox 360.

The Xbox 360 launched in the US in November 2005, while the Nintendo Switch launched in March 2017. Therefore, the holiday periods for the two consoles do not lineup, which is why there are big increases and decreases. 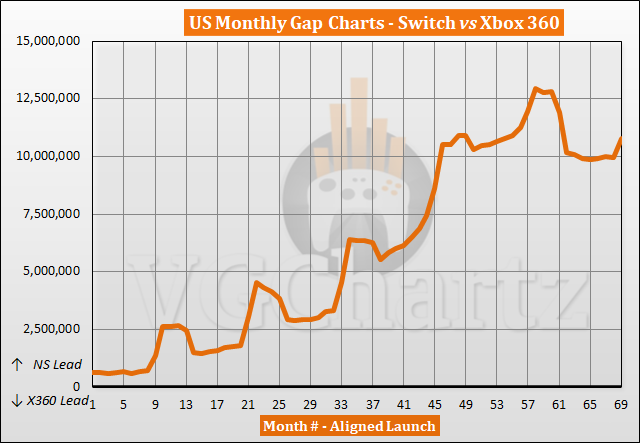 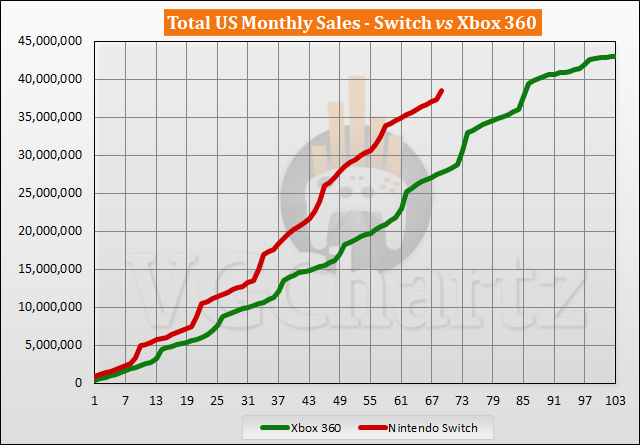 Redfall needs a permanent Internet connection even in single-player