Every Sunday we get you caught up on the sports gaming news you might have missed during the busy week. This week we have some more Undisputed beta impressions, WRC Generations review and more.

Starting out in any card-collecting mode in sports video games can be intimidating these days. Even so, Madden Ultimate Team’s multiple currencies, field passes, and player upgrades can be enough to overwhelm the most experienced players of card-collecting modes. The never-ending drive to obtain all of the best cards so you can have a stacked team as quickly as possible will lead many down the dark road of investing a fair amount of real money on packs. For those who prefer to not spend anything other than all of the mode’s virtual currencies, there are still plenty of ways to earn rewards and assemble a decent team. 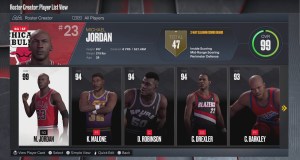 When last we checked in on MJWizards and his quest to complete the MyNBA Eras, we showcased his 1983-84 roster and draft class on PS5. In recent weeks, he has now completed the same setup for the 1983-84 NBA 2K23 MyNBA Eras roster and draft class. This means 27 teams are fully ready to rock on the PS5. This means players like Reggie Miller and Charles Barkley are now in the game, and it also means you have a 1992 draft class that includes Shaq and Zo.

This is all very exciting, so I want to tell you how to download the Jordan Era rosters, how to support MJWizards, and highlight what’s in these rosters as well.

I love the WRC series. It’s a rare racing title that asks you to be familiar with the car, track, and opponents. This series hits you from multiple directions and requires a combination of skill, focus, and endurance in order to have a shot at the proverbial podium. This time Kylotonn and Nacon have descended even further into rally racing and included the new hybrid rally cars, which force you to change how you approach managing your vehicle’s performance and expectations.

With licensed yearly racing titles, it can often be a struggle to find new content to make the upgrade from the previous version a worthwhile investment, but the devs have found a way to do just that. WRC Generations boasts the new hybrid vehicle, new racing physics, a league mode, an updated Sweden rally layout, and the ability to create and share new liveries and stickers. The game also includes over 450 miles in unique special stages in 22 countries, 49 teams from the 2022 season from all three Rally series, 37 legendary cars, and 165 special timed stages. 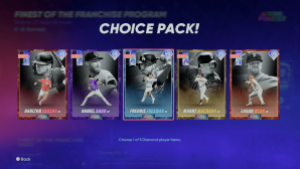 A couple weeks ago, I began my offseason review of all things Diamond Dynasty in MLB The Show 22. We talked about content in general as it pertained to Chase packs and market changes all the way to card art and card series. Content has been king in The Show for quite a while now and that remains true. That amazing content is typically delivered via programs within Diamond Dynasty. SDS changed things up a bit this year by introducing Featured Programs, but this still remained the primary content pipeline in The Show.

Did this change in delivery enhance the mode or leave a lot to be desired? 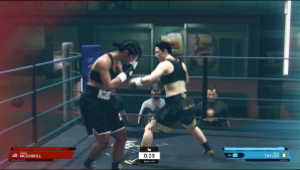 When the second Undisputed beta was announced, I was curious as to what kind of improvements the team at Steel City Interactive had up their sleeves. The team’s post-beta roundtable on Youtube dropped a few hints, but in the official second beta reveal the team let us know all the juicy details. Things like the roster, adding a second venue, and many more details were confirmed. It wasn’t until I was scrolling through the fighters that I realized what I was going to have my hands on this time. As always, it’s down to the gameplay first and how it feels. Is it responsive? Is there a noticeable difference between fighters?

Questions like that make or break a simulation, and judging by the way my time went with the first beta, you can probably guess I’m still high on this game after the second beta.

A Bundle Of Good News For NARAKA: BLADEPOINT Announced — GameTyrant