Emulation enthusiasts rejoice, for a popular PlayStation 3 emulator has reached a major milestone. The team behind RPCS3 has managed to make the entire PS3 library loadable.

Let us be clear, “loadable” does not necessarily mean playable, but it is quite an achievement nonetheless. Effectively, this means there is no title for which this emulator does not at least show imagery. This is particularly commendable considering the PlayStation 3’s unique hardware. It uses the custom Cell processor, a microarchitecture developed between Sony, Toshiba, and IBM.

Just like any emulator, this RPCS3 has to try to make current-generation PC processors understand that Cell architecture. Most modern PC processors run using the x86_64 instruction set, making the instruction translation quite difficult. Modern processors are more powerful now to compensate, but the PlayStation 3 was pretty much considered a supercomputer compared to most processors at the time.

The total statistics from the tweet indicate that through the emulator there are no existing titles that fail to boot and all are loadable. It also shows that 67.98% of titles are playable. Of the remaining games, 28.59% of them can be loaded into but cannot be completed without error and 3.42% can get to menus, but often not past them.

We are delighted to announce that as of today, the RPCS3 Loadable compatibility category has reached 0 GAMES!

This means there are no PS3 games left that boot to a black screen on the emulator – every PS3 game at the very least boots and shows image output.

The PlayStation 3 didn’t only introduce the Cell processor as new tech. It was the first game console to utilize Blu-Ray discs. The Xbox 360 was the direct competitor to the PlayStation 3 and Microsoft decided to go with HD-DVD discs instead. Today, if you have a disc-based console, whether Microsoft or Sony, you will most likely be utilizing Blu-Ray, though there’s been a move closer to the PC-style locally installed game as of late. 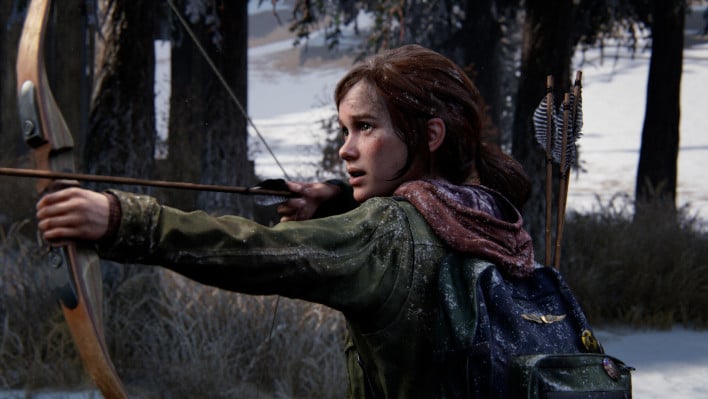 Ellie from The Last of Us. This title is not considered Playable yet, as you cannot complete it in the emulator.

We’re looking forward to this emulator developing to the point where everything is marked as playable. A near-to 70% is very respectable and this just shows it is still being worked on. If you want to check out the emulator and its full compatibility chart you can do so here.

PlayStation Plus starts 2023 with Jedi: Fallen Order in January