How to Make the Best Episodic Ads for your Mobile Game 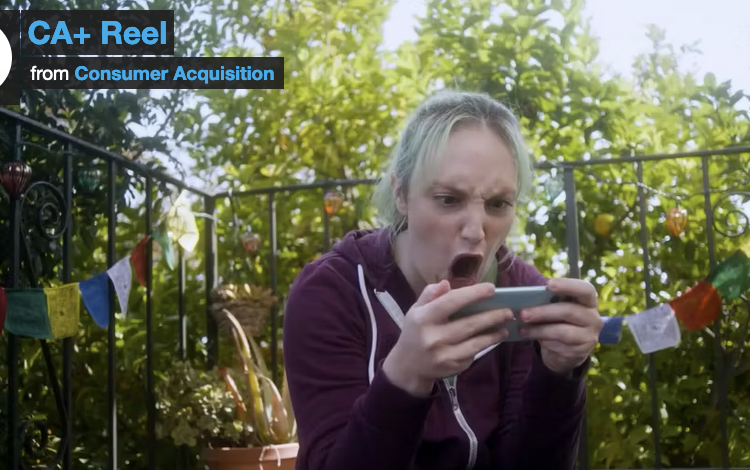 Virality. Profit. Suspense. Scandal. Mobile games Lily’s Garden and Merge Mansion reached international meme status through provocative episodic ads for their match-3 and merge games, respectively. More often associated with AAA console games, sophisticated narrative-based commercials are increasingly popular for mobile game user acquisition. As app marketers diversify their portfolios to YouTube pre-rolls and connected TVs, high-quality video is critical. (Interestingly, this trend stands in stark contrast to the massive popularity of ads with scrappier user-generated content, which we’ve reported on as well.) Just as cinematic mobile game trailers gain momentum and attract spenders, ads that tell a story over several “episodes” are proving to be successful for app marketers. Every game genre can drive viral installs with episodic ads and the promise of “to be continued…”

If you’re considering a series of narrative ads to drive new players and profit, read on for pitfalls and pointers from our team of Hollywood storytellers, animators, editors, and producers.

To attract high-quality top-of-funnel users, persona-driven creative is critical. Ad creative tailored to users’ motivations, behaviors, interests, and preferences ensure media buyers can understand what is working and how to do more of it. This insight is crucial in light of aggressive privacy regulations.

As part of our creative process using our Ad Concept Model, we identify different user motivations within an app category to target users based on their emotional drivers. Below are typical user motivations for playing games. It’s easy to stereotype how certain game genres map to user motivations. But critical to the success of Lily’s Garden and Merge Mansion ads was the excitement of a narrative-driven scandal inside of these otherwise calm and casual mobile games. Irrespective of game genre, test ad creative targeting different motivations and you might be surprised with what actually works. Build Out Your Main Character

After analyzing target users and their motivations to play your game, consider what type of character will appeal to those motivations. A relatable main character is foundational for a viewer to connect with your content. Remember that relatable doesn’t have to mean likable. The main driver of your story could be a protagonist, antagonist, or a morally ambiguous mysterious other. Even if your game doesn’t have one main character or even a narrative, creating one for this type of ad is a proven tactic. The main character should be recognizable and idiosyncratic enough to be memorable throughout a series of ads. And they must be interesting enough to lead a three-act drama.

Before attempting a thirty-episode arc, work the tried-and-true three-act structure: introduce the conflict, build to the climax, then offer a resolution. The main character should embody the user motivation you’re trying to trigger and the story will bring the audience along. With typical episodic ads running from 10 to 30 seconds, the full story arc needs to be tight and punchy and each individual episode needs a clear focus.

You’ve thought about what you want to happen, who it’s happening with, and now it’s time to visualize it. A storyboard ensures the whole production team understands the expectations and acts as a tool for collaboration. It also reveals inconsistencies or missed opportunities, and ultimately helps keep everyone focused on the same goal. Our storyboard for Wooga’s Switchcraft is below and you can read the full case study here.

A critical part of making episodic ads work is that each ad on its own is instantly recognizable as part of the larger narrative arc. Art-heavy games like RPGs can use their best in-game assets for their paid social advertising. This includes cutscenes animated in 2D and 3D, resting-state 2D character sprites, and open-world third-person exploration. Other examples include game footage battles and rigged character illustrations. But what if your game has no 3D assets or lacks truly cinematic cutscenes? Then you may need a little help to tell the story.

Casual games studio, Wooga, was seeking compelling ad creative for the soft launch of their first story-driven puzzle match-3 game, Switchcraft. They were striving for market differentiation among competitors such as Gardenscapes, Lily’s Garden, and Small Town Murders. Wooga wanted to highlight their dramatic relationship-driven storyline, diverse characters, and magical gameplay. In-game assets had a unique painterly art style. But Wooga wanted to bring the story to life with 3D cinematics that combined realism and comic-book aesthetics.

An agile production approach to live action will ensure UA and creative teams have multiple variations of an ad to test, while efficiently capturing hundreds of video and photo assets during the shoot. Be sure to include different character reactions, different narrative progression, and different gameplay or app features. Shoot in 4K and you can capture still photos from the digital footage for social posts and single-image or carousel ads. An agile shoot also means post-production resizes and optimizations across channels will be easier.

Esports Upcoming tournament in 2022, How to watch Live Streaming in India; All you need to know