Check out the launch trailer here: 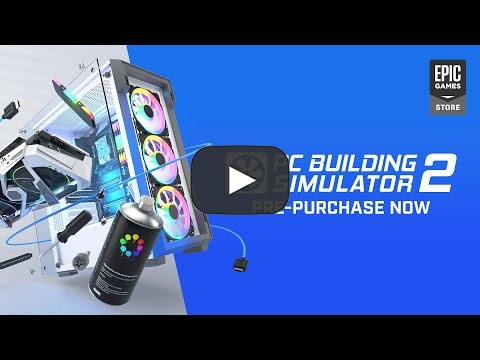 PC Building Simulator 2 pushes the limits of virtual PC creation, rendering players’ dream machines in more detail than ever before. Launching with over 1,200 officially licensed parts from industry giants like AMD, Intel, NVIDIA and enthusiast brands like Thermal Grizzly, players will be able to take their builds to the next level.

Career Mode sports a brand new 30+ hour story. Players start their own business by repairing and building PCs, with options to personalize their workshop and unlock new tools as they level up. Customization options are greatly expanded in PC Building Simulator 2, and creativity can run wild in Free Build Mode, where players will find all the components they need to construct the ultimate bespoke rig. With deeper hardware and software simulation, players can go further into their systems than ever before.

Check out Spiral House on their official site and Twitter, and keep up with Epic Games on their store and Twitter.