Xbox gets one of the most powerful new features in gaming

Microsoft has taken a play from Stadia’s strategy book by adding one of the most innovative features for instant gaming access.

Using the cloud, Microsoft is gearing up for its inter-connected empire of multi-platform online gaming. A big part of cloud gaming is reducing friction and providing easy access to content–that’s actually the main selling point, being able to play games without having a console or a gaming PC. This new Xbox feature adds another way to streamline access and discovery.

Gamers can now instantly launch games directly from shared screenshots and video, not unlike Stadia’s instant game-sharing feature. The idea is simple: Microsoft wants everyone to play as soon as possible as easily as possible. A friend can share a clip or snapshot on their Xbox LIVE feed, and you can click on it and launch the game directly from the message or activity feed UI. This only works on PC and mobile for now, and connects via cloud streaming similar to Stadia. 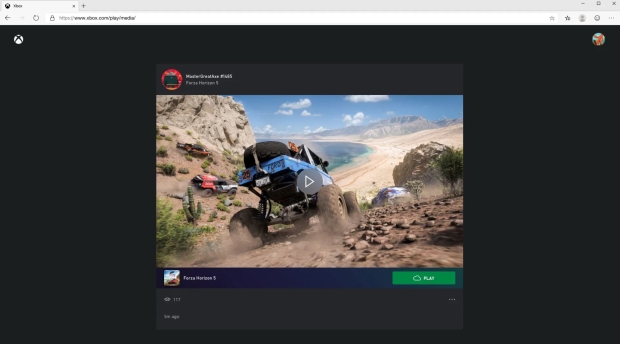 Sony has not revealed any sort of plans to launch its own equivalent feature and for now Game Jump remains part of patent filings and not actual firmware features coming to the PlayStation platform. Sony’s new emphasis on services could introduce some sort of update in the coming months as the company pivots further into its live service game plans.

Check below for more info on the new Xbox feature:

So the next time a friend shares an epic moment from their favorite game like Forza Horizon 5, just tap “Play” and start playing directly in a browser, straight from their clip.