There’s been a ton of speculation over the last couple of years about a potential successor to the Nintendo Switch. To be clear, what developers have achieved on that machine is nothing short of astonishing considering that it was fairly mediocre hardware even when it released back in 2017. That’s understandable given its mobile form factor, but performance, particularly in that sector, has advanced tremendously in the last five years.

The assumption among many has been that a hypothetical Switch 2 or “Switch Pro” would be backward-compatible with current titles. Nintendo does have a short history of backward compatibility, starting with the Wii’s ability to play GameCube games as well as the through-line from the Game Boy until the Nintendo DSi. It’s also important to remember that Nintendo arguably invented the “remaster” as well, with releases like Super Mario All-Stars being among the first to re-sell you the same game you already owned on new hardware.

With that context in mind, let’s take a look at Nintendo Representative Director Shigeru Miyamoto’s comments when he was asked about the future of backward compatibility during a Q&A session after the company’s latest financial briefing. GameRant shared the whole quote, which we’ll reproduce here for you:

“In the past, we provided a service known as the ‘Virtual Console’ that allowed users to play older video games on new consoles with newer hardware. As long as the hardware remained unchanged, those games could continue to be played. However, the publishing rights to video games are complicated, and we have said that we would only add titles after securing the necessary rights. Of course, video games developed for dedicated consoles were created in different development environments for each console. As a result, when the hardware changed, the development environment could not necessarily be reused, and so the video games that had been released on older consoles could not be played on newer consoles without additional modification. Recently, however, the development environment has increasingly become more standardized, and we now have an environment that allows players to enjoy older video games on newer consoles more easily than ever before. However, Nintendo’s strength is in creating new video game experiences, so when we release new hardware in the future, we would like to showcase unique video games that could not be created with pre-existing hardware.” 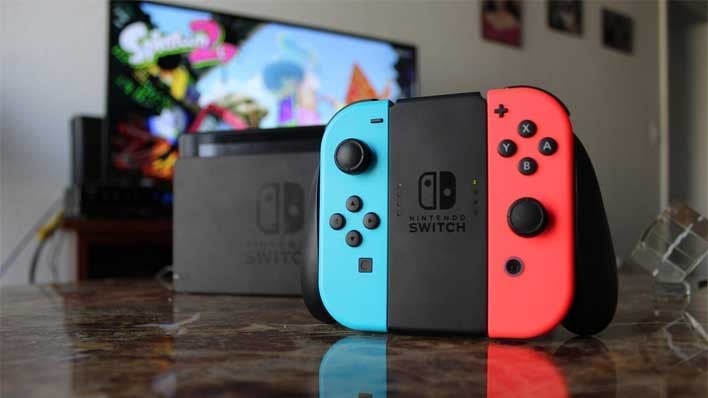 It’s a bit of a mealy-mouthed answer couched in corporate vagueness, but to paraphrase what he said, it amounts to ‘even though backward compatibility is easier than ever, we’re focused more on new experiences.’ So that’s that, right? No Switch games in high resolution or higher frame-rates on newer Nintendo hardware? Well, not necessarily. His comment doesn’t make a definitive statement either way on the matter, but it certainly sounds like it isn’t a priority for Nintendo.

It’s important to remember as well that many of the best-selling games on the Nintendo Switch, including the very best-selling game Mario Kart 8 DX, are actually ports of games from the Nintendo Wii U. The Switch isn’t a lot more powerful than the Wii U. That system had a lot of great games despite selling poorly, so it made great sense to bring those games forward to the more popular handheld system.

Unfortunately for consumers, that may have reinforced the idea within Nintendo that fans will eagerly pay new money for old rope—not that Nintendo ever needed any encouragement to expect gamers to re-buy their old games.

‘The Legend Of Zelda: Tears Of The Kingdom’ Launches In May 2023