A WHINING killer has blasted prison chiefs amid claims he can’t get access to a laptop for typing up his novels.

Aspiring author and lifer Frank Curley, 45, aired his computer gripe in a stern letter to a prison newspaper from his cell in Shotts nick, Lanarkshire.

The fiend, who slaughtered Brian Muir in Dalbeattie, Dumfriesshire, in 2001, moans about being given an XBox – describing the gaming console as a “slap in the face”.

He sniffy con then goes on to explain he needs a device for writing stories, claiming he has already penned a number of books during his two decades inside.

Miffed killer Curley writes: “As an LTP (Long term prisoner) in the Scottish prison system we have no access to personal laptops like you have in England.

“What I consider a slap in the face is how I am allowed to have an Xbox 360 in my cell, with loads of games to pass the hours, yet I cannot get a laptop in order to use for learning and a lot of better causes.

“I have written a number of novels using a pen and A4 paper, because with only a limited time in education, where the only computers are, it is not practical.”

Curley then goes on to accuse the Scottish Prison Service of “hypocrisy” over its aims to educate cons and help them better themselves in jail.

Most read in The Scottish Sun

He groans: “The SPS like to promote how much they believe education is important to prisoners, and I’m sure most people would agree with that, but it feels like total hypocrisy that they refuse us laptops but allow games consoles.

“So much for our rehabilitation via education.”

Curley’s rant comes after serving 20 years in prison for the October 25 slaying in 2001.

He knifed Brian after he left a pub with a pal Jason McCubbin who was due to give evidence in a court case against Curley’s dad, also Frank.

The brute later burned his clothes in a failed bid to cover his tracks but he was nailed and sent down for a minimum of 15 years.

At the High Court in Glasgow, judge Lord Philip told him at the time: “It was an evil and determined attack and I consider you to be a danger to society.” 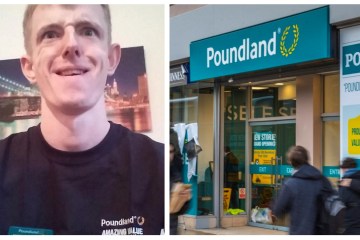 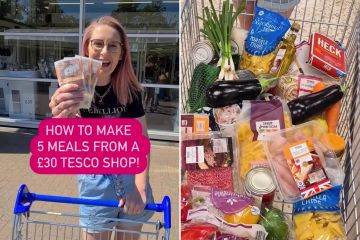 A jail source said: “Curly fancies himself as a bit of a writer and it didn’t go unnoticed when his letter got published in a prison rag.

“He might feel hard done by because he’s been in jail since he was 21 but at least he’s alive to moan about his plight unlike the man whose life he took.”

A spokeswoman for the SPS said: “We do not comment on individual cases, however, access to computers for educational purposes is available within establishment learning centres.”

Microsoft is offering a mini hoodie for your Xbox controller

Demolish and scrap to find your fortune in Ship Graveyard Simulator

The weird and wonderful Eastward comes to Xbox and Game Pass

PS3 and Xbox 360 Classic Being Made Free

Metalab has announced ME Campus, a school for citizens of the metaverse - Business News