Sony appears to have made a change to its PS Plus service, making it no longer possible to view the exact date a game will be removed from the service. The Last Chance to Play tab is still part of the home page — viewed by scrolling down a fair bit on PS5 — but buttoning through to the games there no longer displays an expiry date. This was a feature we highlighted when the membership was revamped back in June, although now it’s seemingly nowhere near as useful.

At the moment, Rez Infinite on PS4 is part of the Last Chance to Play section. However, if you click through to where you can download the game, there’s no expiry date listed. This means there’s no way of knowing how much time you have left to play the title — it could still stick around for a few weeks or be gone by tomorrow. We simply don’t know anymore. 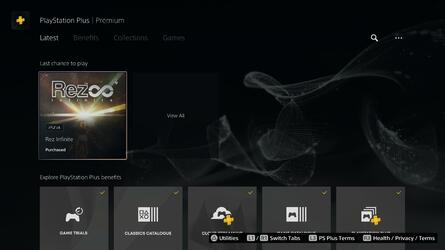 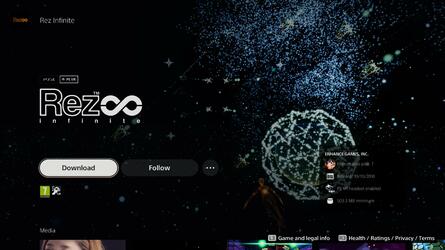 It’s also worth noting Sony doesn’t detail upcoming expiry dates in its monthly PlayStation Blog posts either. While PS Plus Essential games are always available for roughly one month, the length of time something is part of PS Plus Extra or PS Plus Premium is entirely up in the air. You lose access to those titles on the two more expensive tiers once they leave the membership too; it’s not like PS Plus Essential where you can keep playing.

Another example is GTA: Vice City Definitive Edition. As pointed out by Twitter account PS Play, the Japanese PS Blog said the remaster will leave the service on 20th February 2023. But if you take a look at the game’s listing on the PS5 console, that expiry date is nowhere to be seen.

Therefore, unless Sony begins to highlight expiry dates itself in PS Blog posts — and as long as this isn’t just a glitch the platform holder gets around to fixing — then there’s no longer a way to tell how long games are staying on PS Plus for. If there’s a game you’ve been dying to play but you fear it could leave the service, it might be best to get on it sooner rather than later.

Thank you to user B-I-G DEVIL / Twitter profile PS Play for the tip!

Deathloop for PS5 is just $10 at Best Buy

Hands On: Is Marvel’s Midnight Suns Any Good on PS5?

Games Inbox: I can’t afford a PS5 this Christmas