The Switch may soon be the best-selling console on the market as total lifetime Switch shipments break114 million worldwide.

The Nintendo Switch handheld-console hybrid has now reached 114.33 million shipments worldwide since its launch in March 2017. If Nintendo meets its shipment target, and it’s very likely that it will, then the Switch will achieve over 126 million shipments by March 2023 and become the top console in terms of sell-in, beating the PlayStation 4’s current 117.2 million figure.

Nintendo actually shipped less Switch units in Q2. Overall Switch shipments were down by some 580,000 units during the quarter, with 3.25 million Switch systems shipped in Q2’23 as compared to 3.83 million in Q2’22. Total Fiscal Year 2023 Switch shipments are at 6.68 and Nintendo needs to ship at least 12.23 million more Switch consoles in order to meet its yearly sales forecast. 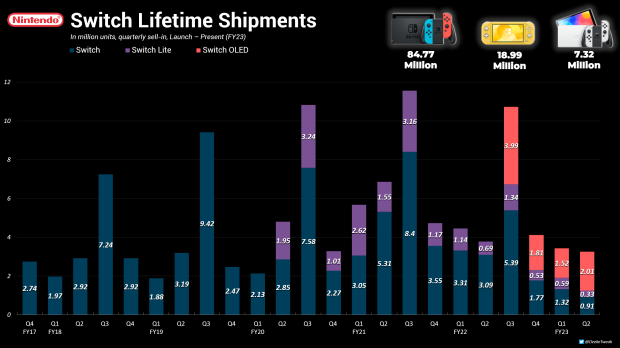 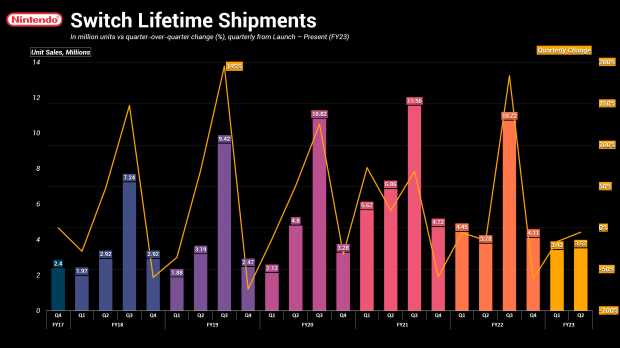 Although shipments were down in Q2, actual sell-through, which pertains to the sale of the consoles that were shipped, was relatively flat year-over-year. This means that Nintendo sold more Switch units in Q2 than it shipped during the period.

“On the other hand, overall hardware demand and sales momentum remained stable, and although there were slight differences by region and model, hardware sell-through remained at the same level year-on-year. Hardware sales were driven by new titles such as Splatoon 3, as well as evergreen titles during this period,” Nintendo said in its Q2 earnings brief. 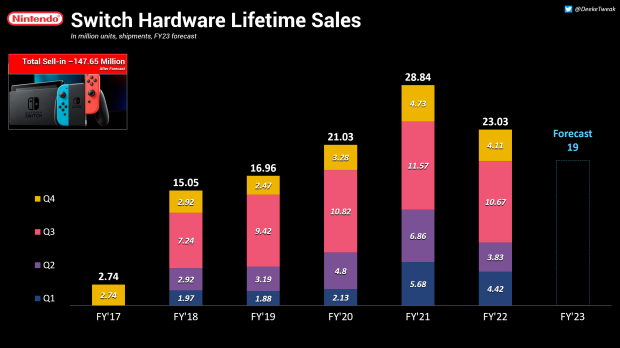 Monster Hunter Rise Will Only Be Available Digitally on PS5, PS4

Got these PS4 games? Sell them now to make lots of cash | Gaming | Entertainment

PowerWash Simulator for PS5, PS4, and Switch release date to be announced in early 2023