In part 2 of our review-in-progress of Mario and Rabbids: Sparks of Hope, we talked about the game’s graphics. In today’s part, we’ll talk about the Spark of Hopes battles! How do they work? Are they hard? Are they fun? We’ll tell you all about Sparks of Hope’s battles!

The battles in Mario and Rabbids: Sparks of Hope are not that different from the first game. If you haven’t played Kingdom Battle here’s the gist: two or three heroes enter into battle with multiple enemies. You can move the characters around in real time in a limited space. The ZL button is used to attack, the L button and the R button are from ‘spark’ attacks, the ZR button is for a characters special attack, the X button is used for items, and the Y button is used to end your turn early. When you’re turn is over, the enemy takes their turn, and then its your turn again. Sparks of Hope is an acton/adventure turn-based strategy rpg to the core.

The battle system works really well. Its action packed but you also have to think strategically too. Some enemies will came at you head on, while others will attack from a distance or sneak up on you. You have to use cover to escape some attacks and you’re enemy will do the same thing! Also not every battle is about defeating all the enemies.

The goal of the battle can be to reach a specific area, defeat a certain enemy or enemies, or take out certain target. Pay attention to what the end goal of each battle will be and you should be ok. Maybe. Sparks of Hope can be a pretty tough game at times.

The Sparks you get in the game can lend characters special, cool abilities. You’ll get a lot Sparks in the game and you’ll have to pick and choose which ones are the handiest for you. Each of your characters have different abilities and there is a skill tree to upgrade each character. Sparks can be leveled up too. There is so much strategy to this game in and out of battle! 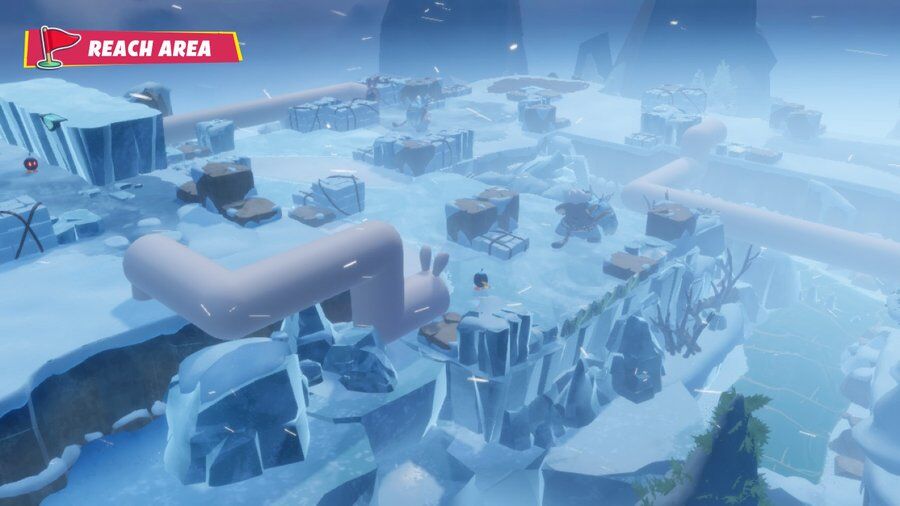 We’ll tell you a secret though. If you ever find Mario and Rabbids Sparks of Hope too hard, you can also turn off enemy damage in the options menu! Yes, you can be invincible. Taking no damage does make the battles somewhat easier, but you still have to accomplish each battles goal! So there is still strategy and fun to be had even when invincible. There are other cool options that you can find in the menu that can make the game in and out of battle a bit easier.

If you like a challenge though, Mario and Rabbids will certainly give you that by making each battle unique and interesting. The enemies will keep you on your toes and so will the end goals. Strategy fans are really going to love Sparks of Hope!

Next time, we’ll talk about our current progress in the game and where the game sits with us so far. Is Mario and Rabbids Sparks of Hope a great game?

A digital code was a provided for this review. Mario and Rabbids will be out this Thursday!

Daniel Fugate has wanted to be a writer since he was seven years old. He has a bachelor’s degree in English and he’s a huge Animal Crossing fan. The Wii U and 3DS are currently his favorite video game systems!

Walmart holiday deal: This Pioneer Woman cookware set is on sale now for $89