AN Irish father has shared his horrifying experience of finding out his then 8-year-old son was being groomed online.

Dad Jeff, has warned parents that children are “way more tech savvy way more secretive” than they once were and shared his first hand experience of finding out that his eight-year-old son was being groomed while playing online video games.

Jeff said that him and his wife decided to buy their son, Matthew, an Xbox 360 when he was 8-years-old as a present.

Speaking on Newstalk, Jeff explained that originally, they only bought their son the game Minecraft after researching the game and seeing it was age appropriate and not a violent game.

A little while after that the parents purchased their son an account on Xbox live.

Jeff admitted him and his wife hadn’t researched what Xbox live was. 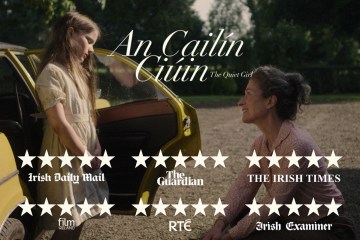 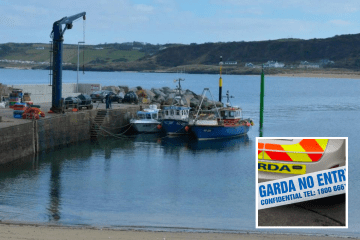 He said: “We didn’t do our research on that one, and we didn’t realise that live meant he could play games with anybody in the world.”

Thinking that his son was playing games with his friends from school and chatting with them on his gaming headset, Jeff decided to keep a log of all of his sons friends and their gaming handles to ensure the safety of his son.

Jeff also always made sure that his son was within sight of him and his wife when he was playing on his Xbox.

One day, Jeff overheard a conversation between his son and another user that “didn’t sit well” with him.

Most read in The Irish Sun

The father had overheard a conversation between his son and the person he was playing with discussing a local shop that was only a three minute walk from their house.

Jeff said: “I called him in for dinner and went back into the room and I could see correspondence going on and texting between him and another gentleman called ‘Ryan’.”

He said: “When Matthew was finished his dinner he went back to playing with ‘Ryan’ and I asked Matthew then to put him on speaker so I could hear his voice.

“He sounded more like a mature teen than an eight-year-old and that’s when our alarm bells went up.”

Investigating further, Jeff began to look at the text conversation between ‘Ryan’ and his son.

He was horrified with what he discovered.

He said: “The texts were getting a little bit more explicit.

“He was asking my son to buy himself an iPad to take photographs of himself, to make sure that he kept himself and my son as friends as private and confidential and a secret.

“You could see texts where my son had asked him why to keep it a secret and he says that, ‘All gamers have secrets.’

‘Ryan’ had also been asking Matthew to meet him in a local shop that weekend and had asked Matthew to send him his Eircode.

Jeff took screenshots of the chat and reported the incident to Gardai.

Following up on the investigation Gardai informed Jeff and his wife that ‘Ryan’ was actually a 29-year-old from Derry who was already known to authorities for committing similar offences.

Jeff and his wife took away their sons Xbox for an extended period of time and said they are glad that the incident didn’t have a lasting impact on their son.

Matthew is now nearly 18 and his dad said that “this is not something that has impacted him at all.”

But for Jeff and his wife , Jeff said: “It took a good few weeks before we came to terms about how easy it was for somebody to infiltrate our home and have that conversation with my son for three to four weeks without us finding out.”

The family recommends other parents to monitor their children’s online activity and to keep their children in their view at all times when playing video games or using computers.

Jeff said: “If possible, keep the children downstairs with you, even if they’re gaming or on social networks, keep them in full view.

“Don’t let them go out of sight – I still apply this to my own home, there’s no gaming that goes on upstairs.

War Games – examining the conflict between video games and war

Games Inbox: Will EA Sports FC be better than FIFA 23?

C.A.R.L. hopes to be your new favourite platformer