How Abu Dhabi is developing a gaming and esports ecosystem – News

A government-led initiative is transforming Abu Dhabi into a global hub for gaming and esports. AD Gaming is providing a platform for the next generation of game developers, players and businesses to thrive and grow, said an industry expert.

“AD Gaming has played a vital role in building the entire gaming and esports industry in Abu Dhabi. Everything that we do has a singular goal, i.e. to develop a self-sustaining gaming ecosystem in the emirate,” James Hartt, director of strategic initiatives and business development at AD Gaming, said in an interview.

AD Gaming has been ensuring a highly skilled local talent base by partnering with Unity Technologies, whose software has been used to create more than 70 per cent of the top 1,000 mobile games and over 60 per cent of all augmented reality and virtual reality content available today.

“Through their ‘Train the Trainer’ programme and stand-alone courses, we have worked with universities and other academic institutions across the UAE to deliver industry-leading training sessions to over 50 professors and over 500 students.” 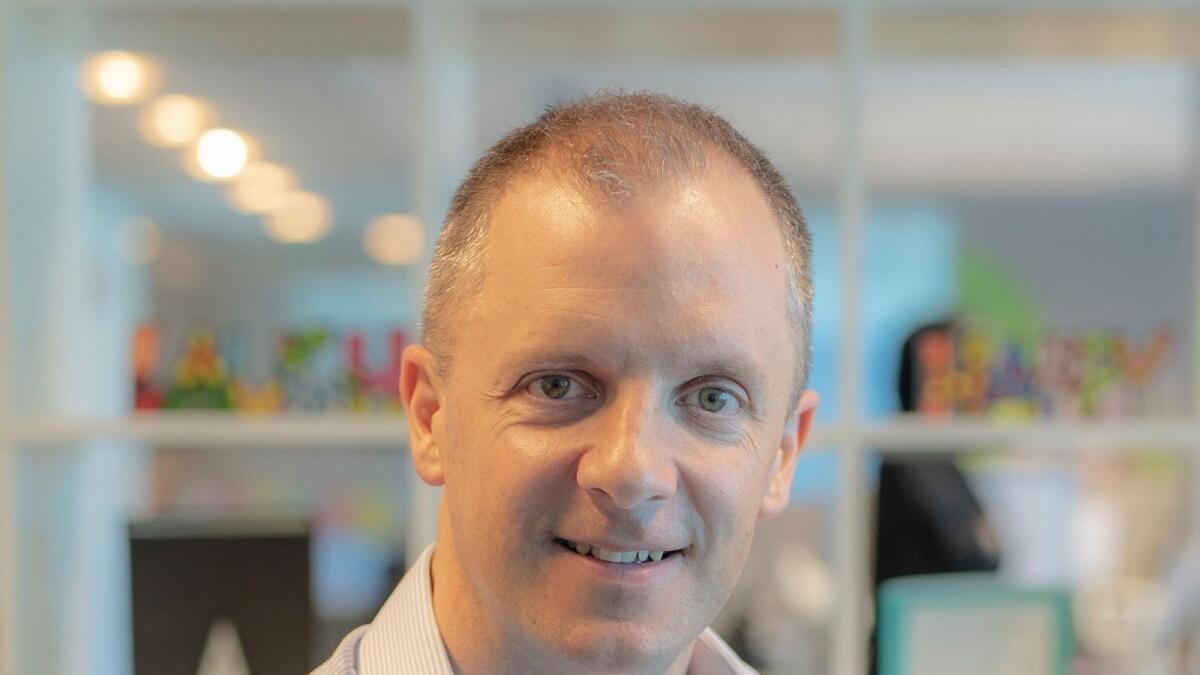 AD Gaming has been working with other partners and gaming firms to provide career opportunities and internships to aspiring talents. It is ensuring jobs for youngsters by attracting top global gaming businesses to the capital.

“These initiatives have elevated the knowledge and real-world skills of local talent and significantly enhanced their employment prospects in the gaming industry,” Hartt said.

“We’re proud to support local SMEs such as Attarius and Boss Bunny, who are driving the emirate’s blockchain gaming sector and bringing incredible content created in Abu Dhabi to global audiences. Our work with Unity extends to providing technical support and know-how to gaming SMEs in Abu Dhabi through the Gaming Hub on Yas Island.” 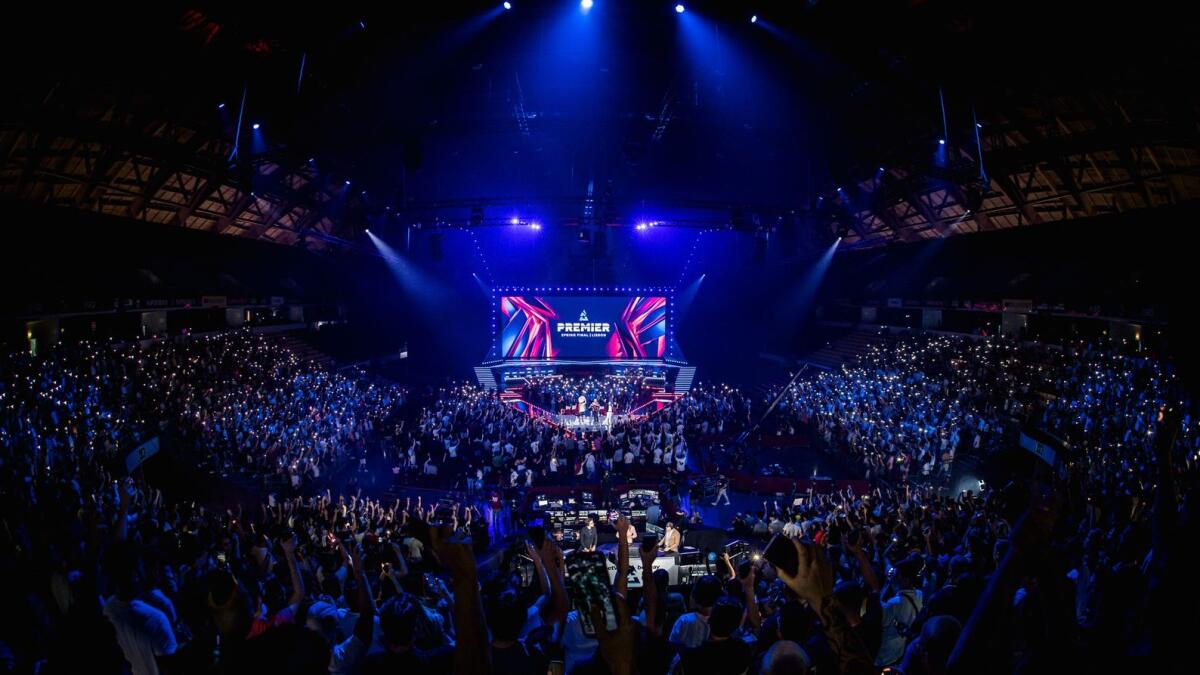 Last month, AD Gaming partnered with Games for Change to host the first-ever Games For Change Summit in the Middle East. It brought together more than 400 global and regional game developers and companies to discuss ways to collectively drive positive social and environmental change in the gaming and esports sectors.

Now, AD Gaming in partnership with Blast will host the Blast Premier World Final at Etihad Arena next month as the world’s eight best Counter-Strike teams battle for a slice of the $1 million prize pool.

Hartt noted that bringing the biggest gaming tournament to Abu Dhabi plays an important role in developing a “comprehensive gaming and esports ecosystem” in the emirate.

“The Blast Premier World Final is undoubtedly one of the pinnacles of the global esports calendar. So, having the event held in Abu Dhabi truly demonstrates the significance of the gaming and esports market in the emirate. It is broadcast in 26 languages and is expected to receive 60 million views from across the globe.”

Hartt stressed that such esports events are another highlight in Abu Dhabi’s illustrious calendar year.

“Esports is far more than just watching people play video games on a stage. They are action-packed events that deliver high levels of entertainment, even to non-gaming enthusiasts.” 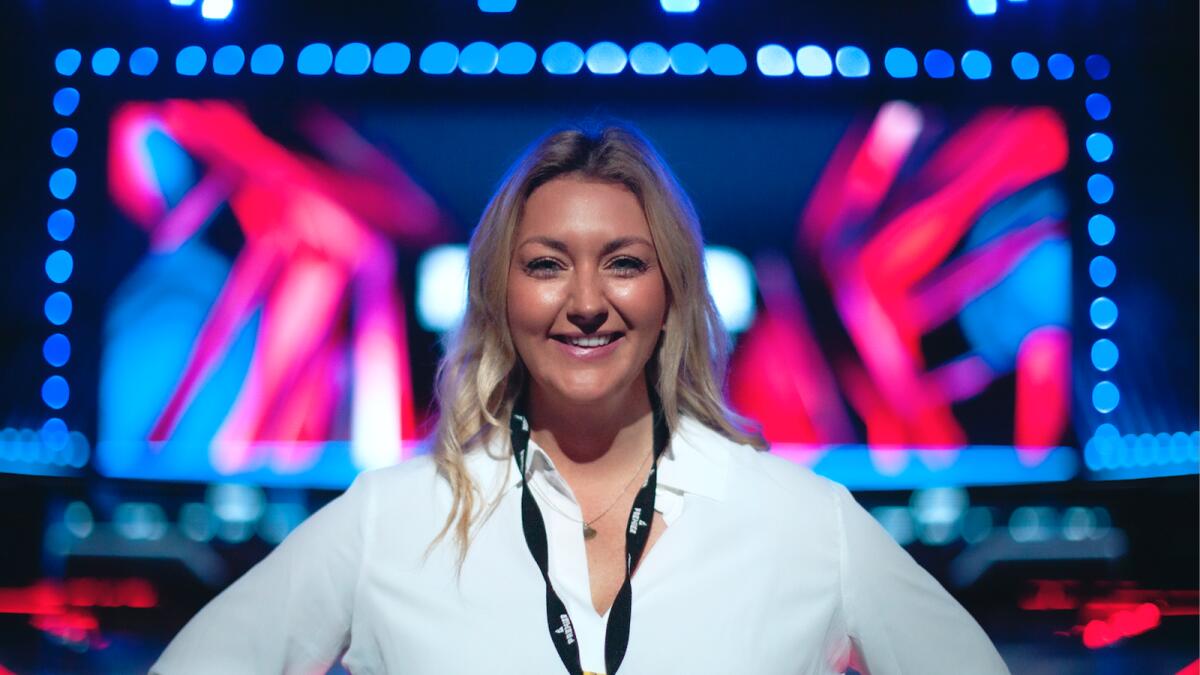 Charlotte Kenny, managing director of Blast Premier, noted that Abu Dhabi has a “passionate and rapidly-growing” esports community and with a world-leading venue in the Etihad Arena, made the emirate a perfect location to host its biggest event of 2022.

“The fact that the Middle East is one of the fastest growing esports and gaming markets makes it a hugely enticing place to host such events,” Kenny said and noted that Blast Premier and AD Gaming share a common vision to grow and develop gaming across the region and newer destinations.

She said that Blast focuses on providing gaming fans with an “unforgettable experience”.

“What makes us special can be summarised into two areas: a production quality that is unparalleled and unrivalled, along with creating fan-first moments, that allow fans to be really immersed and part of the action.”

She said that bringing the World Final to Abu Dhabi is a “pivotal moment” for the Middle East’s esports and gaming scene.

“We hope that the World Final and our partnership with AD Gaming will play an important role in growing the esports landscape locally, and creating a thriving grassroots infrastructure,” Kenny added.

The gaming market in the Mena region is projected to increase 19 per cent to more than $5 billion by 2025.

On the economic front, Hartt added, there is a “significant opportunity” presented by the booming growth of the gaming industry.

“By positioning Abu Dhabi as the regional capital for gaming companies, there is a substantial commercial opportunity that will further support the emirate’s shift to a knowledge-based economy.”