Powerball is a lottery drawing that’s done in nearly ever state in the US. Like most lotteries, it has hilariously low chances of winning, but big payouts if you do. Well, nobody won the $1.2 billion Powerball last night. That means the value has now grown to some $1.5 billion US dollars, or about half that if you take the cash option. The list of things you could do with one-and-a-half billion dollars is virtually endless, but we know the first thing we’d do with that kind of money: build an absolutely excessive gaming PC.

Now, the uneducated might start looking at server hardware, building a system with a massive 64-core EPYC processor and some NVIDIA A100 GPUs. That’s great, if you want to run Stable Diffusion to generate AI images, or perform tasks like computational fluid dynamics. For gaming, that kind of hardware isn’t going to get you very far for your money. 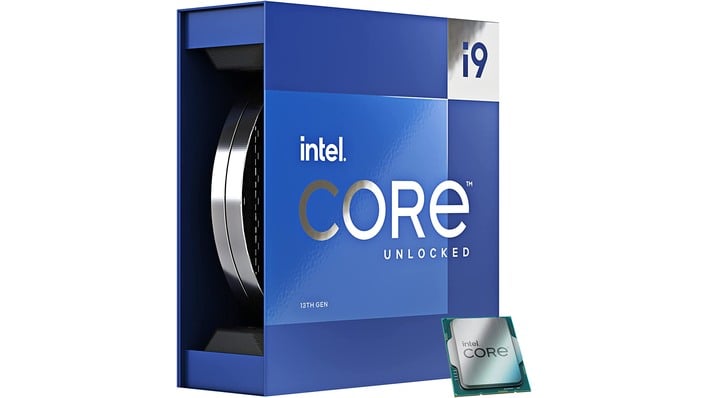 In fact, server hardware generally runs well behind consumer hardware for gaming. That’s why we we selected the Core i9-13900K as our CPU. Intel’s new Raptor Lake chips are the fastest around for gaming, and this processor’s 24 CPU cores make it pretty darn good at productivity tasks, too.

For RAM, your choices right now are to go big or go fast. We reckon DDR5-6000 is plenty fast enough, especially with the low 30-cycle CAS latency of this G.SKILL Trident Z5 RGB kit, so we went big with a pair of 32GB sticks, giving us 64GB of memory. That’s enough for just about anything you’re likely to do on this PC for its entire useful lifetime.

If you wanted, though, the ASUS ROG MAXIMUS Z790 HERO motherboard has another pair of memory slots to take you to 128 GB. This board also sports three M.2-2280 SSD sockets as well as a bevy of beautiful features you only find on fancy motherboards, like 2.5-Gbps Ethernet, Wi-Fi 6E, a pair of Thunderbolt 4 ports, and an included ROG Hyper M.2 card. That gives you an extra pair of PCIe 4.0 x4 slots, which we’ll naturally fill with storage.

You want the fastest and most reliable SSD around for your system disk, so naturally we have to go with the Samsung 990 PRO. In our testing, this drive was among the fastest around, and while Samsung had an early reliability hiccup with its EVO series, the PRO M.2 family has been rock-solid.

Meanwhile, for everything else, we need as much capacity as possible—those AAA games fill up a Steam library super fast. For our data storage needs, we have a trio of Sabrent Rocket 4 Plus eight-terabyte SSDs. That’s 24 TB of ridiculously-fast PCIe 4.0 NVMe storage. It’ll pass muster for DirectStorage when that hits, too.

For graphics, there’s only one option on a build like this: the GeForce RTX 4090. We went with MSI’s Suprim Liquid X model because the integrated liquid cooler means that this thirsty GPU will stay frosty while we’re gaming. It sports a nice little bump over the stock clocks, and it should boost more consistently thanks to the powerful cooling.

All this beefy hardware needs a potent power supply, so we went straight to the top shelf with the SeaSonic PRIME PX 1600W model. This is an ATX 3.0 fully-modular unit that’s 80+ Platinum-rated and, among its other impressive qualities, comes with a pair of 12VHPWR connectors. We only need one right now… but who’s to say what the future will bring?

We’ll stuff these parts into a Lian-Li PC-O11 full tower case. The PC-O11 arguably perfected the side-by-side dual-chamber design, where the hot parts go in one side and the cooler parts go on the other side. We don’t have any 3.5″ or 2.5″ drives, but the extra space on the “hot” side will make building a lot easier.

Finally, just as AMD said yesterday, you want to see all those frames you’re making, so we picked out Samsung’s Odyssey Neo G8 monitor. This is a 3840×2160 (4K UHD) display with a MiniLED display that achieves true response times as low as 2.1ms thanks to Samsung’s panel wizardry. That’s good, because it refreshes at a blistering 240 Hz. You’ll need DisplayPort’s Display Stream Compression to run native 4K at 240 Hz, but the RTX 4090 is good for it.

By our reckoning, the price for this machine comes out just under $11,500, which is an absurd price for a gaming PC, but hey, if you just won $1.5 BILLION dollars, live a little, eh? Besides, you’re gonna have to buy a lot of games to fill up those 8TB SSDs.

In Case You Don’t Win The Powerball…

Of course, nobody actually won the powerball yet, and your chances of doing so are infinitesimal. Most of us are of more meager means, and while that machine above is massive and monstrous, there’s no need to go that far to join the glorious PC gaming master race. We’ve got a more sensible build here that will run you less than 15% of the price of that machine, yet will play all the same games.
The Core i5-13600K gives you nearly the same gaming performance as its bigger brother above, and the Radeon RX 6800 is a powerful-yet-power-efficient GPU that will drive many 1440p games to the 165-Hz refresh rate of the 31.5″ Acer monitor we picked. If there’s a weak point in this build, it’s the single 1TB SSD, but that’s easily remedied, as the ASRock Z690 Pro RS motherboard still has two more M.2 sockets—to say nothing of its SATA ports.

What do you think of these builds? If you have any questions or comments, leave them for us below.

The Biggest Gaming News For December 1, 2022