We don’t want to generalize too much here, but real-time strategy games inclination To have a very straight face. They are usually trying to simulate reality, or lean into hard sci-fi. While there’s nothing obviously wrong with that, it’s always nice to have some variety. Warpaws, a brand new game from 3D Realms and Slipgate Ironworks, introduces players to a more light-hearted RTS.

The game bases itself very loosely on WWII, but is set in an alternate world where cats and dogs are in conflict. One look at it and you can see what the studio is going for: a cartoonish, expressive style that keeps things light to appeal to a wider audience. The art style is what sticks out the most from our time watching the gameplay — it’s still in development but has a clear visual identity that definitely sets it apart from its genre peers. 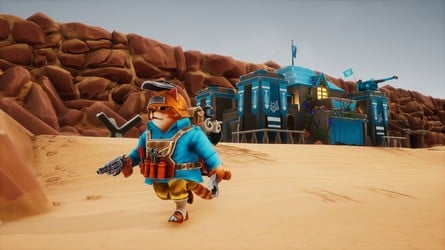 Having said that, Slipgate Ironworks is taking inspiration from some RTS classics, name-dropping the likes of Z, the swineAnd Company of Heroes. Warpause will have a much lighter tone than all of them, but the team wants it to be an enjoyable experience whether you’re new to real-time strategy or not.

The game will feature two factions – Battlecats and Wardogs – and you’ll wage war against the opposition in different biomes. We saw early scenes on dry deserts, tropical islands, and snow-covered battlefields. These environments will be somewhat dynamic, featuring certain threats you’ll need to keep in mind when commanding your animal armies. For example, sand and snow storms will reduce visibility, and water may freeze, allowing you to cross the ice. Some bodies of water will contain sharks, while a city biome has a train running through it, so you’ll need to watch where and when you send your troops. Some points are also destructive – you can blow a hole in some rocks to create a shortcut, for example. 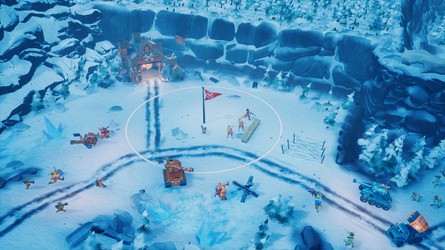 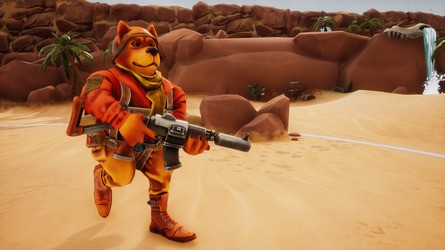 By and large, the game looks familiar enough, but unlike many RTS titles, there’s no resource management or complicated base building. Things have been streamlined somewhat – to create more units, you’ll need to capture strategic buildings on the map, which can then spawn more soldiers. Different unit types require different lengths to appear; You can recruit a lot of low level infantry or wait for a very strong unit to emerge.

Of course unit classes have their own strengths, weaknesses and abilities, so it will become a balancing act to choose the right cats or dogs for the job. Engineers can build tank traps and turrets, spies can disguise themselves to infiltrate the enemy, and commandos can drop mines and health packs. All of this will introduce you to a single player campaign before jumping into the real battle that is online multiplayer.

Warpause will introduce a few modes for multiplayer, which seems to be its main attraction. You can make friends for some two-player co-op against the AI, or engage in 1v1 or 2v2 matches. Along with traditional death matches, modes like Capture the Flag and King of the Hill will be added.

As for how the game controls on consoles, it will have a bespoke mode for those using a controller – similar to Command & Conquer: Red Alert 3, we’re told. We weren’t able to play during the demo, but the game’s simple commands, neat UI, and smooth handling make us think it’ll be fine.

Overall, we’re feeling pretty optimistic about Warpause. The gameplay changes are interesting, and the cute, cartoonish visuals are hard to deny. On consoles, RTS games have rarely gotten it right, but perhaps by streamlining some aspects and offering something easier to get into, it could have a shot. The game is heading to PS5 in 2023, along with other platforms.

Thanks to 3D Realms for the opportunity to see Warpaws. What do you think of this unusual RTS title? Choose cats or dogs in the comments section below.

Legend of Shock: PS5, Xbox One, PS4, and the Legend of Wartime is coming up for October 31